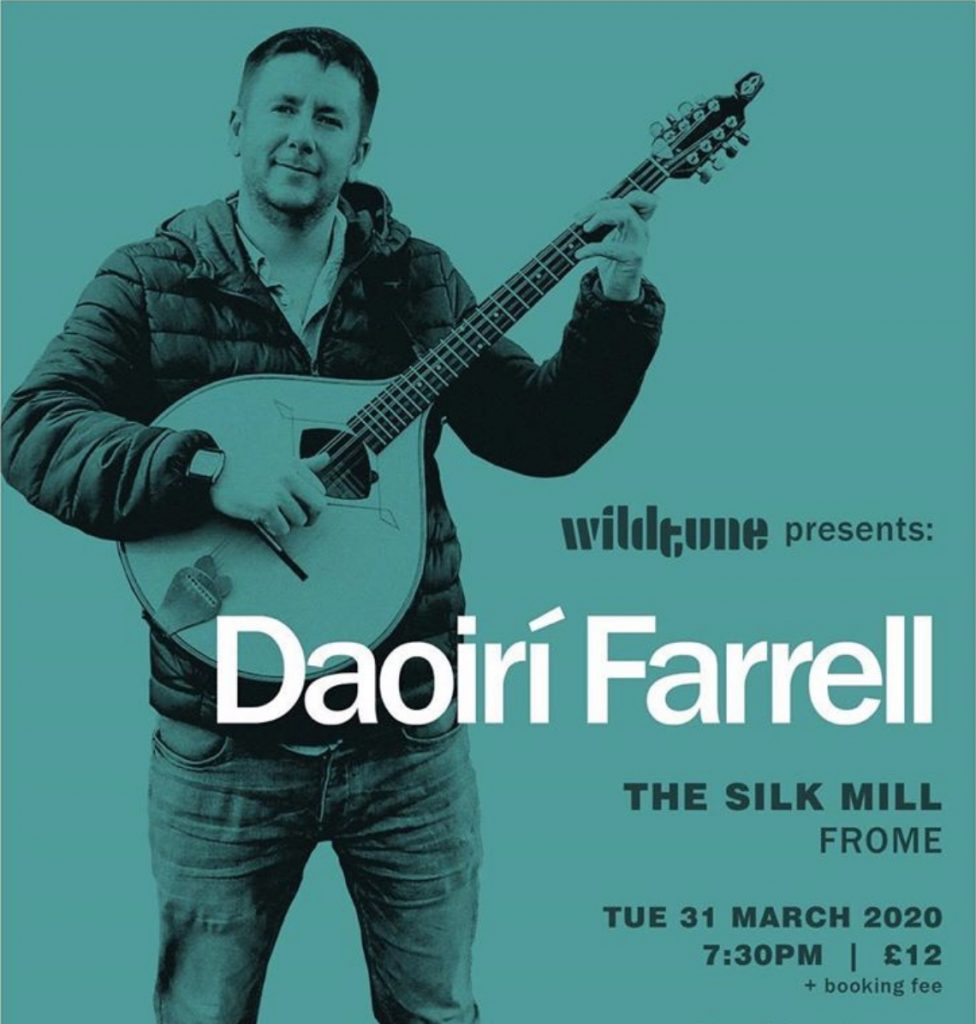 As one of the most important folk singers to emerge from Ireland in the last decade Daoirí Farrell interprets songs with passion.

This gig is promoted by Wildtune.

Dublin-born traditional singer and bouzouki player Daoirí (pronounced ‘Derry’) Farrell has been described by some of the biggest names in Irish folk music as one of most important singers to come out of Ireland in recent years.

After a promising debut album, The First Turn, back in 2009; Daoirí spent several years studying traditional music and performance across Ireland. While at The University of Limerick Fintan Vallely introduced him to the singing of the late Liam Weldon, an encounter that was to prove formative to his sound and his approach to folk song.

Daoirí had cut his teeth as a singer in Dublin’s famous Góilin Singers Club and at other sessions across the city, many of which he still visits regularly. In 2013 he won the All Ireland Singing award at the Fleadh in Co. Derry, and in 2015 won the prestigious Danny Kyle Award at Celtic Connections in Glasgow with his band FourWinds. He finally stepped into the limelight and launched his solo career in 2016 with the album True Born Irishman.

In February 2017 the BBC announced that Daoirí Farrell had received three BBC Radio 2 Folk Award 2017 nominations – more than any other artist that year. He was subsequently asked to perform at the awards ceremony on 5th April at The Royal Albert Hall and went on to win the Horizon Award for best newcomer and Best Traditional Track Award for ‘Van Diemen’s Land’.

Daoirí’s third album, A Lifetime Of Happiness, produced by Dónal Lunny, was released on 15th February 2019.

‘Direct vocals of persuasive clarity, instrumental arrangements of real verve, an appealing openness in his performance and a clear passion and understanding of a song’s narrative. It’s been said before but it’s difficult not to evoke some of the great names of Irish music…when discussing his work.’ Colin Irwin, fRoots

Invite friends to join you at the gig on Facebook here.